The purpose of this site is to report issues that customers and users have had with Linspire (or any distribution for that matter) along with a fix, workaround or to at least get some other commentary on the reported issue. If you would like to report an issue or leave a comment for us you can e-mail us at support@pc-opensystems.com

Changing the themes in Linspire/Freespire/Xandros GNOME

Changing themes in our GNOME editions are different than what you have in Ubuntu.  While under the hood we have a lot in common visually we dont.  Aside from the use of our customized set of Yaru icons and themes we try to stay as close to vanilla GNOME as possible.  One of the things you see in Ubuntu is that in settings you have a setting called Appearance where you can switch between the light theme, dark theme and standard theme.  In our GNOME editions you do not. 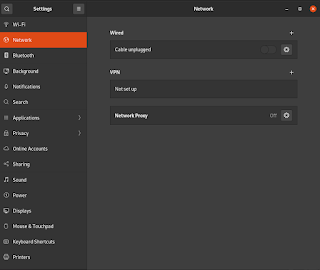 In our GNOME editions we use GNOME tweaks.  To access GNOME Tweaks click on activities --> Show Applications, which is the grid icon on the bottom of the dock on the left side of your screen, go to the Utilities drawer and at the very bottom  you have Tweaks. 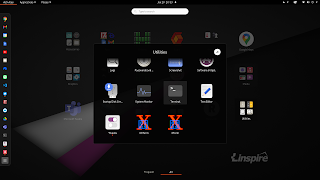 When you open tweaks you are presented with several options, the one we are interested in says "Appearance" 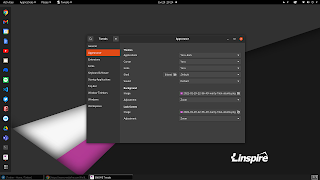 In Appearance you can change your wallpapers, if you so wish, Themes , and lock screen.  At the top of appearance where its says Application, expand that and choose a theme we have a few in there by default. With GNOME tweaks there is much you can change about the GNOME user experience.  You can activate extensions, change applications, sound and icon themes as well the top bar and your window decorations.  Explore GNOME Tweaks it truly is a critical app to have.

Integrating Google Drive with Files in Linspire and Xandros

With Linspire and Xandros you have two ways to potentially open Google Drive.  You can use either the integrated web app.  The integrated web app has a few advantages to it.  In your drive if you want to edit a document it automatically opens Google Docs and also that file is available across your many devices through the Google drive app.  But for users of our desktop systems sometimes they want to integrate Google Drive directly into the file manager so they can use their desktop applications for editing and working on projects.  So how do we do that?

First thing you want to do is launch the menu drawer and select the preferences sub-drawer and choose settings. When you launch settings it will open to the about section which gives you some system information. On the left side you have a few choices and what you want to choose is Online accounts. 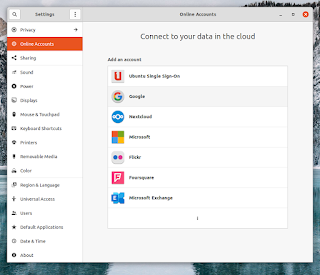 This brings up a few choices for you.  Ubuntu Single Sign On, Google, NextCloud, Microsoft, Flickr, Foursquare and Microsoft Exchange.  What you want to click on is Google. 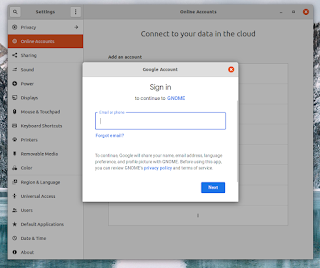 Once you enter your credentials, authenticate and give Nautilus permission to access your Google account.  You can then launch the file manager and you will find Google Drive integrated with the file manager with a remote storage icon along with your username and @gmail suffix to acknowledge it is a Google Drive. 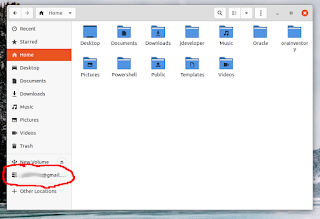 Any files that you save to the drive will also be saved to the online disk and will be visible among the other devices that has access to your Google account.

No UEFI Boot on 2015 or older UEFI capable systems 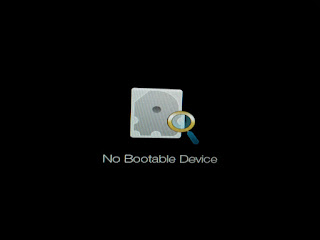 Issue:  No UEFI Boot on 2015 or older UEFI capable systems

Status:  Confirmed and Resolved with Workaround

Customer contact reported that their Lenovo Thinkpad T450 system (8gb of RAM and 256 gb SSD) stopped booting in UEFI mode with the release of Linspire 10 SP2.  Customer sent us the system for repair and we were able to confirm the situation.  We tested with various Linux distributions and Windows 10 and while Windows 10 did not share that same issue we could not get any of the Linux distributions to boot.  We reset the BIOS defaults and were able to boot RHEL but were not able to get the various other distributions to boot whether we reset the BIOS to default or not this condition was also present if Secure Boot was disabled or enabled.

Intel HD Graphics and Chromium based Browsers locks up System

Status: CONFIRMED and Resolved with a workaround

We had a customer contact that when installing various distributions on his ACER Aspire 700 G AIO (All In One)  with 8 gb of RAM / 500 gb HDD when she would launch Chrome and after 15 minutes of browsing the distribution would lock up completely and she would have to do a hard restart.  She tested various other distributions and Chromium based browsers and she had the same issue.  I asked her for photos and a short video and was able to confirm the issue she was having.  While we do not posess that exact system we do have a couple of systems in the lab that match that exact chipset and we were able to replicate the issue on Linspire, Xandros and Freespire.  While working on the issue we tested various other browsers including Firefox, Falkon and Epiphany and those browsers did NOT share the same problem.  We also tested Windows and macOS and were not able to replicate the issue on those operating systems.  We also tested other systems that used different graphic chipsets.  Nvidia and AMD specifically and were not able to replicate the issue on those systems either.  After further testing we determined that the cause of the issue is hardware acceleration in Chromium based browsers and the Intel HD Graphics Chipset.

After trying various distributions ourselves we determined the best course of action is to disable the Hardware Acceleration within Chrome.  After we disabled the Hardware acceleration within the browser itself the issues have seemed to resolve.  On our systems we went several days without having to hard reboot and according to the customer she no longer has this issue.

To disable hardware acceleration open Chrome or Chromium based browsers and click on the menu, enter settings, click on advanced, system and click on the following options in the screenshot, reboot your system. 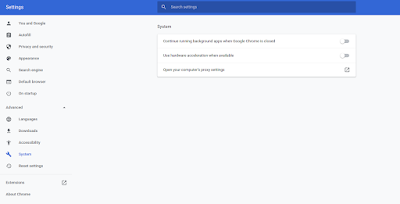